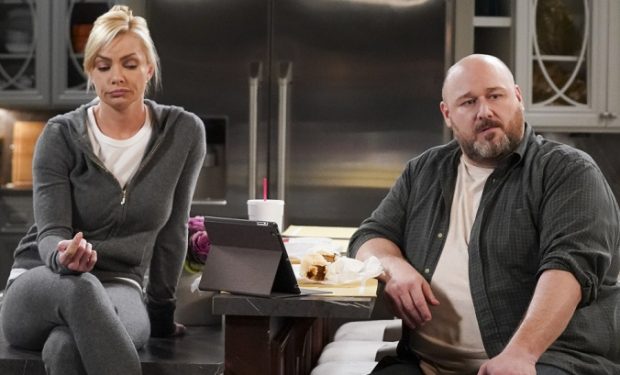 In the Mom episode “Kalamazoo and a Bad Wedge of Brie”, Christy (Anna Faris) tries to win her sponsor Nora’s (Yvette Nicole Brown) approval — but her plan backfires. Meanwhile, the ladies rush to side of Jill (Jaime Pressly) after her house is broken into. Even though police officer Andy is on the case, she doesn’t want to be alone.

Sasso is also well recognized for his role as Curly in The Three Stooges movie, and yes, he’s in the forthcoming sequel. Mom airs Thursdays at 9 pm on CBS, right after Young Sheldon and right before the new sitcom FAM. [Watch It Again: Stream any CBS show through Amazon Prime or CBS ALL-ACCESS. Both options offer free trials.]