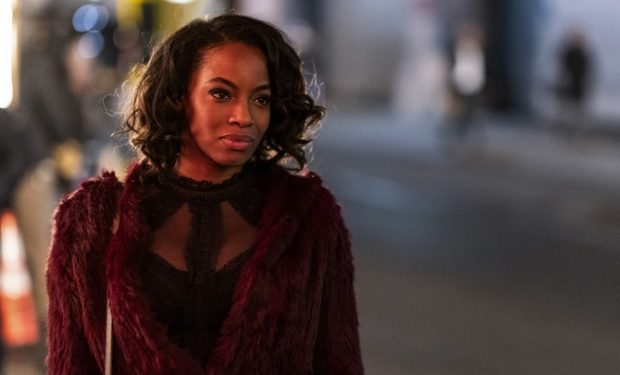 In the FBI episode “Identity Crisis,” a judge and her daughter are murdered just five blocks away from the courthouse after she sentenced a man to life in prison, and Special Agents Maggie Bell (Missy Peregrym) and OA Zidan (Zeeko Zaki) search for the killer behind the possible retaliation. Dana Mosier (Sela Ward) has a vested interest in this case as she has a history with the victim. Maggie and OA arrest a woman named Gina Pratt.

[Check out Jackson as ADA Atwood on HTGAWM]

Suspect Gina Pratt is portrayed by Milauna Jackson. She’s known for her roles on How to Get Away with Murder (A.D.A. Rene Atwood, SEE LINK ABOVE), Aquarius (Kristin Shafe), Strike Back (DEA SA Kim Martinez), Squad 85 (Wheels), and Lincoln Heights (Cyd), among others. FBI airs Tuesdays at 9 pm on CBS, right after NCIS and right before NCIS: New Orleans. [Watch It Again: Stream any CBS show through Amazon Prime or CBS ALL-ACCESS. Both options offer free trials.]

Congratulations @violadavis on your 2018 #naacpimageaward nomination. You personify that which is awe-inspiring. Blessings my Leo sister. #MondayMotivation #HTGAWM pic.twitter.com/kH26BmRo2t