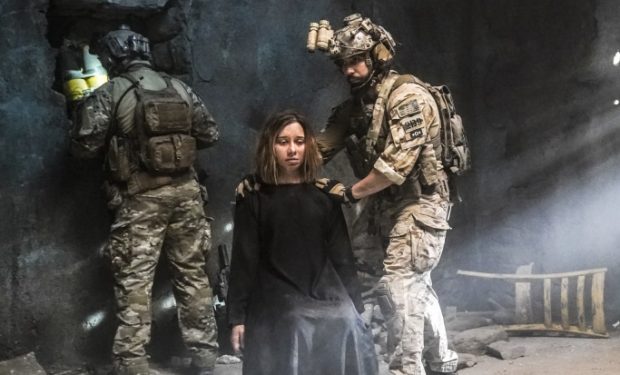 In the SEAL Team episode “Things Not Seen” Bravo Team travels to Turkey to rescue a young American, Jenna Robertson, who voluntarily married an ISIS leader. They find her bound, gagged, blindfolded and wired to some serious explosives. If she moves, the team dies.

Jenna is portrayed by Olesya Rulin. The Russian born actress is best known for her role as Kelsi Nielsen in Disney’s High School Musical franchise. Rulin is also known for her roles as Calista Secor in PlayStation’s Powers and Abby on Greek. SEAL Team airs Wednesdays at 9 pm on CBS, right after Young Sheldon and right before Criminal Minds.

Bundled up and full of joy. Thank you 2018 for your lessons here we come 2019. Time to bloom. Xx pic.twitter.com/4VtEP5CJJu