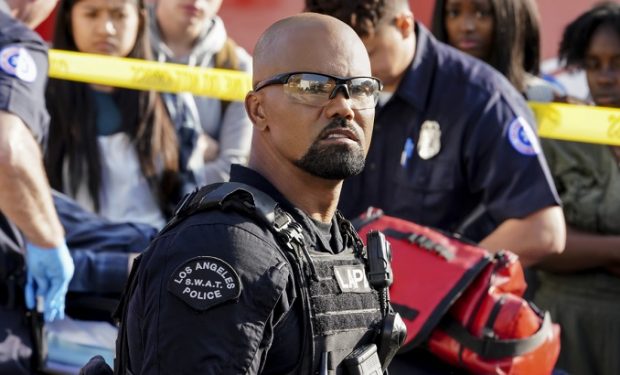 In the S.W.A.T. episode “School,” the SWAT team faces difficult reminders of a past school shooting when they receive a warning that a copycat is planning to re-enact the crime. As the team races to stop the new threat, they flash back to the day of the tense first mission. The event warrants a visit with Dr. Wendy Hughes. The psychologist last appeared on S.W.A.T. when Buck was struggling with depression after he was fired.

[Watch Ryan as Mackey on The Shield]

Dr. Wendy Hughes is portrayed by Cathy Cahlin Ryan. She’s best known for her role as Corrine Mackey, ex-wife of Detective Vic Mackey (Michael Chiklis) on The Shield. Fun fact: Ryan made her TV debut as “a hippie girl in van” on the 1992 episode “The Keys” of Seinfeld when Kramer leave New York for California. S.W.A.T. airs Thursdays at 10 pm on CBS, right after Young Sheldon.