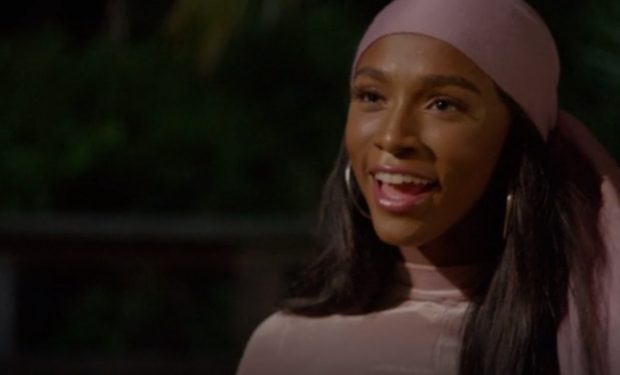 In the Siesta Key episode “Sorry! I Don’t Owe You Anything,” it’s Brandon Gomes’s 23rd birthday. And unlike Alex Kompo‘s annual birthday bash, it’s an intimate party and chill with a 70’s theme. At the party, Brandon is happy to see singer Alana show up. They’ve been working together in the studio a lot. At the party, Alana tells Brandon, “We vibe so well together, we complement each other.” He agrees. Alana follows that up by asking if Brandon has a girlfriend. He says, “It’s still kinda new. I just started dating her.” (He’s talking about Camila.)

When Brandon tells Alana, “Relationships are a lot of responsibility. Well, you know, right?” Alana says, “No, I wouldn’t.” She adds, “I’ve never been in a relationship. Never.” And then on cue jealous Camila shows up and Brandon introduces them. It’s awkward.

Brandon and Alana recorded the single “Somber” which was released in February 2018. It’s a gloomy song (hence, the title) about adjusting to life after a romantic breakup but Alana’s voice is like a beacon of light. (Note: Last season on Siesta Key, Brandon was dating Madisson, who this season is dating Ben.) Siesta Key airs Tuesdays at 9 pm on MTV right after Lindsay Lohan’s Beach Club.