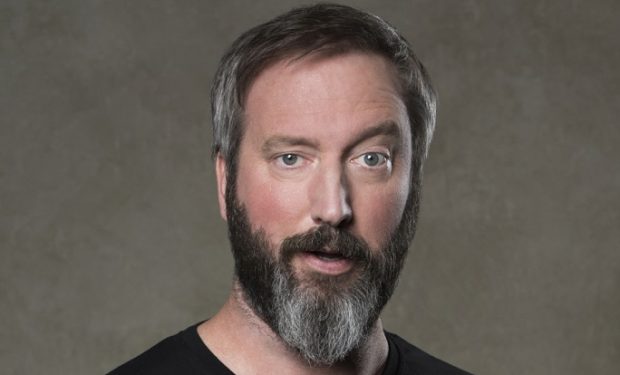 Two of the 12 celebrities competing on Season 2 of Big Brother: Celebrity Edition have been fired by Donald Trump. In July 2018, Wall Street financier Anthony “The Mooch” Scaramucci was fired as White House Communications Director after 11 days on the job. In 2009, 6’3″ stand-up comedian and Hollywood movie star Tom Green was fired by Donald Trump on his reality TV show The Celebrity Apprentice (Season 2). Trump fired Green on the third episode of the show after Green woke up late on the day of a task. (Green had been out partying with fellow Apprentice contestant Dennis Rodman.) Fellow comedian, the late great Joan Rivers, won the competition that year.

In the clip below, Green talks about his time on The Celebrity Apprentice with Donald Trump who is now — you may have heard — the President of the United States. “He screamed at me when he fired me,” says Green with pride. “He didn’t scream at the other celebrities. He didn’t scream at Brian McKnight.”

Green was on the show with Andrew Dice Clay who was fired on the first episode after Clay complained to Trump about a lack of cream cheese in the green room. Green summarizes the first three episodes of the season in the Comedy Central bit “This Is Not Happening” below and concludes, “Anyone who knows me, probably shouldn’t be President.” [Bonus: Watch MORE Celebrity Big Brother anytime through CBS ALL-ACCESS or Amazon Prime. Both options offer free trials.]

The 12 celebrity houseguests are: