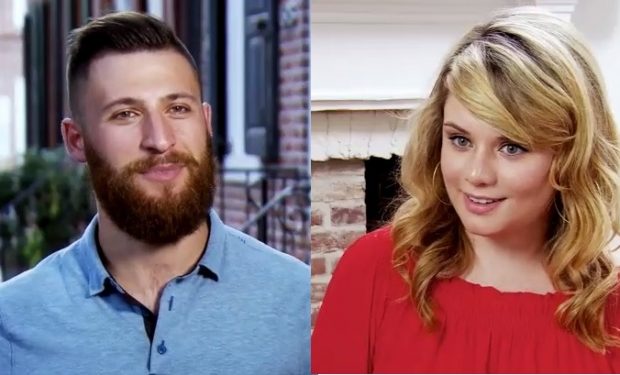 For the past seven seasons, the controversial matchmaking TV show Married at First Sight has paired three couples per season. For Season 8, the experts have four couples to guide toward marriage and they’re in the city of brotherly love, Philadelphia. One of the four engaged couples is Kate and Luke. Kate is the sweet 28-year-old hopeless romantic who hasn’t been dating much since her last break-up. Since then her parents divorced after 30 years of marriage — but still Kate believes “love is the most beautiful thing in life.” Aww!

Kate is engaged to Luke, a 30-year-old “street hustler” aka a civic engineer who picks up odd jobs for extra money. He recently started a business as a speed dating host. He works a lot! Reverend Cal says he has high hopes for the cute couple because “Kate is a natural wife, she wants to be a wife so badly. And if Luke is able to be kind and considerate – the person we think he is – then I think she’s going to just melt in his arms.” Season 8 of Married at First Sight premieres at 8 pm on Lifetime on Tuesday, January 1, 2019.