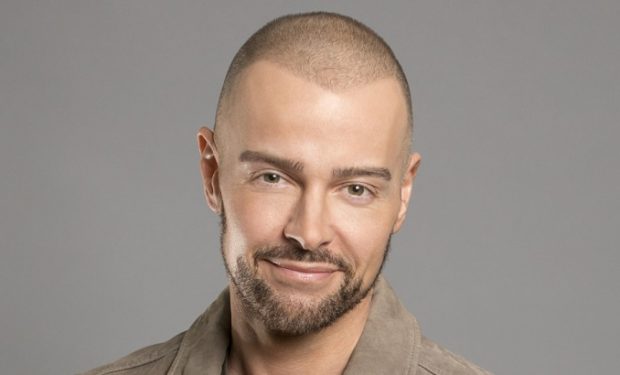 Two of the 12 contestants on Season 2 of Big Brother: Celebrity Edition are real actors. They are Jonathan Bennett, who’s best known for his leading man role in Mean Girls opposite Lindsay Lohan (her momanger Dina Lohan is on this season of Celebrity Big Brother too!), and Joey Lawrence, who’s been acting since he could get up on two feet. Joey is best known for his TV sitcom roles on Melissa & Joey (with Melissa Joan Hart, Sabrina, the Teenage Witch) and Blossom as big brother Joey who coined the phrase “Whoa!” opposite Mayim Bialik (Amy on The Big Bang Theory).

[Whoa! Check out Joey on Blossom]

But nowadays Lawrence is looking for more time on the big screen, in feature length action. He’s been cast to play real-life pro-life attorney Robert Byrn in the forthcoming film Roe v. Wade. Oscar-winner Jon Voight is playing Chief Supreme Court Justice Warren E. Burger. The film is directed by Nick Loeb, ex-fiancee of Modern Family’s Sofia Vergara, who happens to be in a legal battle over the rights to their frozen embryos — so this issue is very present IRL.

In the film Loeb also plays Dr. Bernard Nathanson, a pro-choice OB/GYN and co-founder of NARAL (National Association for the Repeal of Abortion Laws) who became a pro-life activist after Roe v. Wade.

Before Roe v. Wade is released, fans can see Lawrence in the film My Brother’s Keeper with former Cosby Show star Keshia Knight Pulliam (who left early on Season 1 of Celebrity Big Brother to be with her family) about a veteran struggling with PTSD and his faith in God.