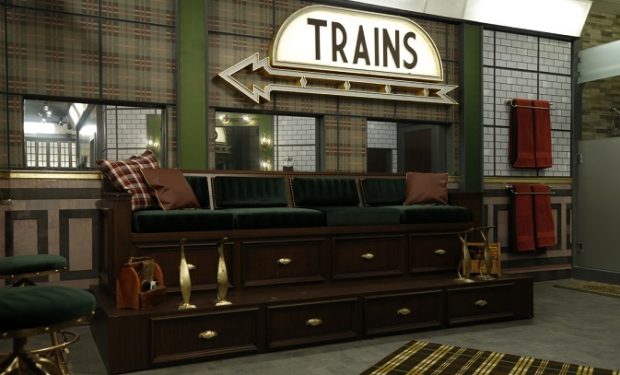 On Season 2 of Big Brother: Celebrity Edition, America will watch 12 new celebrities try to outsmart each other for money. Some really need the cash (Lindsay Lohan’s momanger Dina Lohan filed for bankruptcy last year) and some claim they don’t (Anthony Scarramucci, the hedge fund trader who worked at Trump’s White House for a week last summer). What’s also different this season is the decor of the house.

Throughout the Big Brother house viewers will notice an Art Deco décor (circa 1910-1939) that pays homage to New York City, the famous trains that departed and arrived in Grand Central Station and the famous eateries surrounding the station at the time. The Big Brother lounge is modeled after the 20th Century Limited, the most famous train in the world during the 1930s, which his known for coining the phrase “the red carpet treatment.” The 20th Century Limited which originally went back and forth between New York City and Chicago had regular celebrity passengers including Theodore Roosevelt, J.P. Morgan, opera singer Enrico Caruso and actress Lillian Russell, among others.

In Big Brother Celebrity Edition for 2019 designers tapped into the charm and opulence of the 20th Century Limited by placing train-style windows and overhead racks, complete with passengers’ luggage throughout the house, among other design elements with gold-leafed trim, brass scones, and marbled table tops.