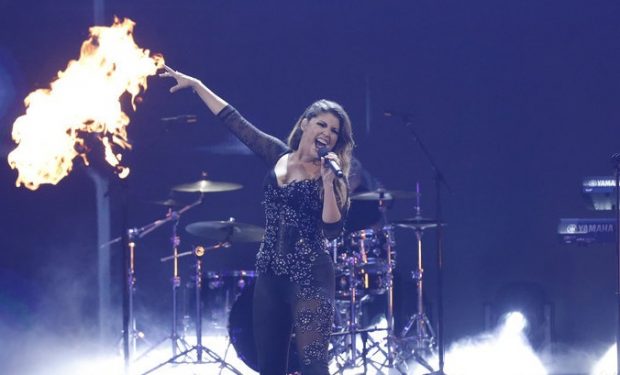 On the second episode of America’s Got Talent: The Champions, ten more fan favorite acts from America’s Got Talent and other Got Talent competitions around the world perform for judges Simon Cowell, Mel B, Heidi Klum and Howie Mandel. Two of the ten acts will advance to the finals. One to watch is rock opera singer Cristina Ramos who won Spain’s Got Talent in 2016 (see audition video below).

Ramos also won that other TV talent competition, The Voice (La Vox) in Mexico in 2018. Ramos is from Las Palmas, the capital of Gran Canaria, one of Spain’s Canary Islands off northwestern Africa, known for its sandy beaches and nightlife. Fun fact: Academy Award-winning actor Javier Bardem (No Country for Old Men) is also from Las Palmas.