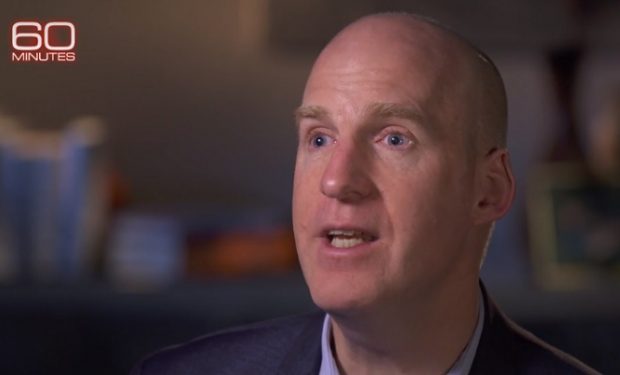 Lesley Stahl of 60 Minutes walks the city streets with blind architect Chris Downey. She’s amazed at his ability to sense when they walk under a canopy thanks to the sound of the tip of his walking cane. After losing his sight in 2008, Downey has continued to practice his profession and is devoted to creating more dynamic and helpful environments for the blind and visually impaired.

Downey lost his sight at the age of 45 after undergoing an operation to remove a benign tumor on his optic nerve. (Downey’s father “died from brain surgery,” he says, at the age of 36, when Downey was 7.) That rough early start helped architect Downey put things in perspective: “There I was 45 and my son was 10, and I was alive. I just lost my sight.”

Nine months after losing his sight, Downey also lost his job during the recession. He learned how to adapt to his everyday life as a blind person thanks in part to the organization called the San Francisco Lighthouse for the Blind and Visually Impaired. His first job as a blind architect was to help design a facility for veterans with sight loss at the Department of Veterans Affairs. Downey then realized he had an expertise “that virtually nobody else had to offer.” Downey, who later became Board of Directors President for the Lighthouse for the Blind, designed the organization’s new three-story office space with Mark Cavagnero Associates in 2016. 60 Minutes airs Sundays at 7 pm on CBS.