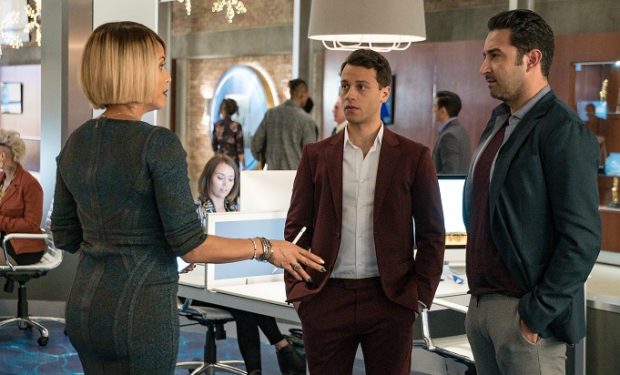 In the Empire fall finale episode “Had It From My Father,” while the financial security of the Lyon family is on the line as their LFM showcase quickly approaches, Kingsley (Az Kelsey) strikes a deal with Giselle (Nicole Ari Parker) in front of Empire owner Kelly Patel. Remember, Patel just gave the job of CEO to Kingsley and not Giselle who, after working as the interim CEO, expected to be handed the job for good. At the showcase, Kingsley shows up (beaten up) and makes a big announcement in front of everyone.

[EMPIRE: Stream it all]

Kelly Patel on Empire is portrayed by Pej Vahdat. He’s known for his roles on NCIS (Nigel Hakim), Arrow (Sam Armand), Bones (Arastoo Vaziri, see photo below), Sneaky Pete (Kumar Mukherjee), Dallas (Nasir Ali), and Shameless (Kash), among others. Vahdat will appear next on the big screen in the Untitled Chris Morris Project with Anna Kendrick and Jim Gaffigan. Empire airs Wednesdays at 8 pm on FOX, right before Star.

Our very own @pejvahdat will be doing a Facebook Live tomorrow! Submit your burning questions using #AskPej. #Bones pic.twitter.com/wxftsmrS3M