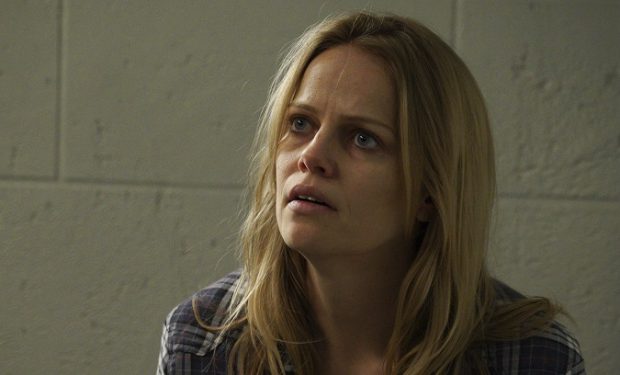 In The Rookie episode “The Ride Along,” LAPD Sergeant Grey (Richard T. Jones) informs Officer Nolan (Nathan Fillion) and Officer Bishop (Afton Williamson) that they are going to have a movie director (guest star Jonno Roberts) as a ride-along during their patrol. It doesn’t go smoothly. Meanwhile, Officer Bradford (Eric Winter) is tested once again after he learns that his wife, Isabel, has been arrested for drug possession.

[Check out Monroe on Episodes with Matt Le Blanc]

Isabel is portrayed by Mircea Monroe. She’s known for her roles on Showtime’s Episodes (Morning Randolph), Impastor (Alexa Cummings), Sing It! (Stacey), Hart of Dixie (Tansy Truitt), The Other Hef (Mercedes), and in the films including Book Club (Cheryl), The Change-Up (Tatiana), and Beautiful Girl (Vivian), among others. The Rookie airs Tuesdays at 10 pm on ABC, right after Splitting Up Together.

Monroe and Fillion have worked together before!

Wow! Millions of you sweeties have watched so far. Thank you so much for all the incredibly kind words & enthusiasm. I loved being Elena. This was an absolute blast. ❤️ #Uncharted pic.twitter.com/DRKtiVl4z8