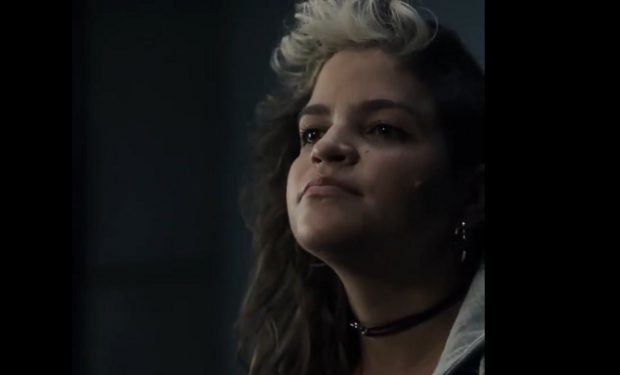 In the Lethal Weapon episode “Bad Santas,” when not chasing down robbers dressed in Santa costumes, Cole (Seann William Scott) gets into the holiday spirit for his first Christmas with Maya (Maggie Lawson), and Murtaugh (Damon Wayans Sr.) hopes he can convince his son to come home for the holidays. Meanwhile, Captain Avery’s (Kevin Rahm) holidays are a bit blue, and Bailey (Michelle Mitchenor) is still trying to figure out her new partner Gutierrez.

Bailey’s partner, Gutierrez aka The Gute, is portrayed by Paola Lázaro. The 29-year-old Puerto Rican born and raised actress is known for her roles in the independent films Pimp (Louisa), Scenes from the Underground (Officer Lee), and the 2016 comedy web series So, Then Tell Me (Sue). Lazaro is better known as a playwright. After moving to the U.S. at 17, she studied at SUNY Purchase and then earned her M.F.A. from Columbia University in 2013. At the Ivy League school she was mentored by Pulitzer Prize winning playwright Stephen Adly Guirgis. Her thesis play was “Contigo” which got her into a summer ensemble at Labyrinth Theatre Company. Lazaro’s 2017 play “Tell Hector I Miss Him” was her first play produced professionally, at the Atlantic Theater Company in New York City. Lethal Weapon airs Tuesdays at 9 pm on FOX, right after The Gifted.