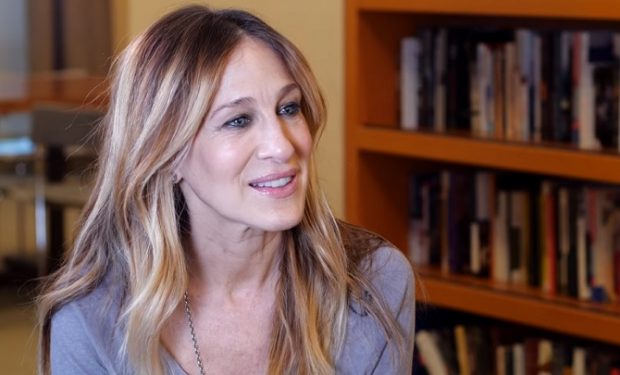 On the fifth episode of the late-night talk show The Alec Baldwin Show, Baldwin welcomes fellow New Yorker Sarah Jessica Parker (Sex and the City) to the show. SJP talks about her life as a child star (she was Annie on Broadway), her mother who loved to read, and her latest project. Parker recently launched the publishing imprint SJP for Hogarth (as in publisher Crown and Hogarth). Parker “acquires and curates works of fiction that reflect her own taste as a reader.” SJP for Hogarth has, so far, published two debut novels: Fatima Farheen Mirza’s A Place For Us, (SEE LINK BELOW) which is about an Indian-American family living in America, and Claire Adam’s Golden Child (SEE LINK BELOW) which is set in Trinidad.

[A Place For Us is a New York Times Bestseller]

SJP is also honorary chair of the American Library Association’s (ALA) Book Club Central, where she curates a list of books throughout the year to share as potential picks for book clubs. Parker currently has 39 titles including Sarah Smarsh’s Heartland: A Memoir of Working Hard and Being Broke In the Richest Country in the World.