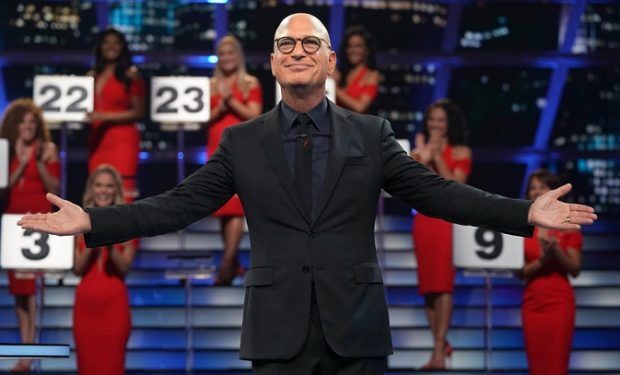 Stand-up comedian and America’s Got Talent judge Howie Mandel is back as host (and executive producer) of the high-pressure game show Deal or No Deal. It’s been nearly ten years since he’s asked contestants to chose one of 26 shiny briefcases carrying anywhere from a penny to a $1 million, held by an equally shiny gorgeous model in front of a live studio audience at Universal Orlando Resort.

[Listen to The Americanos single “In My Foreign” featuring French Montana]

Since the last time he hosted Deal or No Deal (in 2009), Mandel lost the goatee, became a father-in-law and a grandfather, twice. Howie and his wife of 38 years Terry Mandel are the parents of three children – two daughters, Jackelyn (“Jackie”), 33, and Riley, 26, and son Alex, 29. In 2013, Mandel’s eldest, Jackie, married 6’5″ Alexander Larson Shultz aka Lex Larson, member of the electronic dance music DJ trio The Americanos, who two years later released their debut single “BlackOut” featuring Lil Jon, Juicy J, and Tyga. Jackie and Alex are the parents of two children: daughter Abbey and two-year-old Axel Jackson. Deal or New Deal airs Mondays at 10 pm on NBC, right after The Voice.

Lex Larson is the tall skinny dude in glasses…