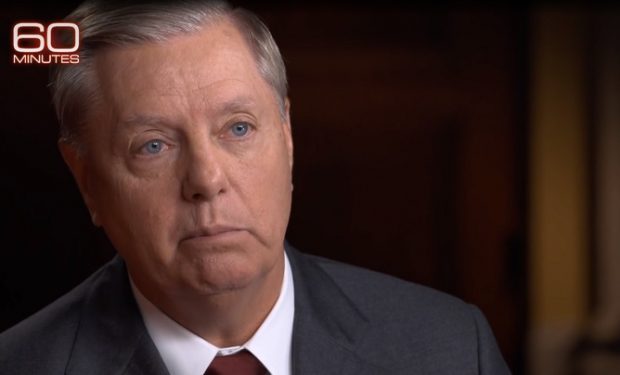 Four years ago, the U.S. started a bombing campaign against ISIS in Syria. After more than 4,000 U.S. coalition airstrikes, in October 2017 ISIS lost control of the city of Raqqa, the self-declared capital of the Islamic State. In June,  60 Minutes visited Raqqa — “a city in ruins” — and reported that “tens of thousands of the extremists are dead, captured, in hiding or on the run, and the battle is entering its final phase.”

In Syria, 60 Minutes correspondent Holly Williams interviewed General Kobane of SDF, a militia of Kurds living in Syria, who fought against ISIS and provided security for U.S. troops in Syria. Williams also interviewed South Carolina Republican Senator Lindsey Graham who is on the Armed Services Committee. Graham said of the SDF: “They’re worth investing in. They’ve done most of the fighting. They’ve done most of the dying. If they take over, they will work with us. This is a damn good deal. Take it.”

In August, the U.S. State Department canceled around $200 million of civilian aid for Syria. On December 21, President Trump announced his order to withdraw U.S. troops from Syria. Since the announcement, Graham called Trump’s decision “an Obama-like mistake” and “a stain on the honor of the United States.” The day after Trump announced the withdrawal, the President of the United States tweeted: “I’ve done more damage to ISIS than all recent presidents….not even close!” 60 Minutes is rebroadcasting this episode on Sunday, December 23 at 7:30 pm on CBS.