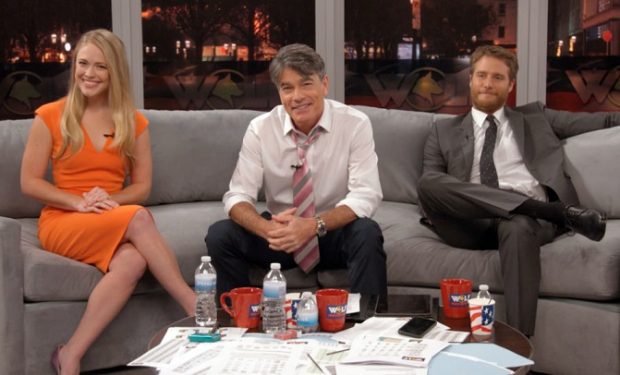 In the Murphy Brown episode “Results May Vary”, it’s Election Day 2018. The “Murphy in the Morning” team gears up for their live all-day coverage of the mid-term elections. Things get awkwardly hilarious when they find themselves competing against Murphy’s (Candice Bergen) son Avery (Jake McDorman), who’s reporting with John Haggerty, the Wolf Network’s conservative superstar, who blurts out (before the polling centers close), “I don’t care, I’m gonna call it.”

[Check out Gallagher as Buddy in American Beauty]

Ok but can we talk about how fabulous these pictures are? 😍❤️ @cher @petergallagher pic.twitter.com/Ucb1rQEdAH