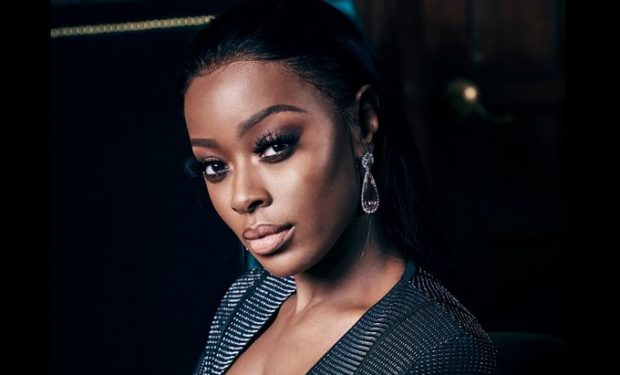 Brooklyn-born rapper Maino (born Jermaine Coleman), 45, and his girlfriend Maggie Carrie Heckstall, 28, are making their debut on Season 9 of Love & Hip Hop New York. Maino is the 45-year-old artist from Bed-Stuy who served 10 years in prison for a “drug related kidnapping” when he was a teenager. He’s best known for his single “Hi Hater” from his debut album If Tomorrow Comes (see link below). Maino and Maggie both had tough childhoods. When Maggie’s mother died in a car accident, she was put into foster care. Both Maino and Maggie have persevered to become successful adults. Maggie runs the hair salon “Hair Like Maggie” in Newark and is launching her singing career, which won’t be easy because she has a fear of crowds and public venues.

Two years ago, in May 2016, Maggie was wounded in a shooting at a T.I. concert at Manhattan’s Irving Plaza. One man died, three (including Maggie) were wounded. Maino and Uncle Murda were on stage warming up the crowd for T.I. when the shooting occurred in a third-floor green room. Maggie was shot in the leg. Love & Hip Hop New York which airs Mondays at 8 pm on VH1.