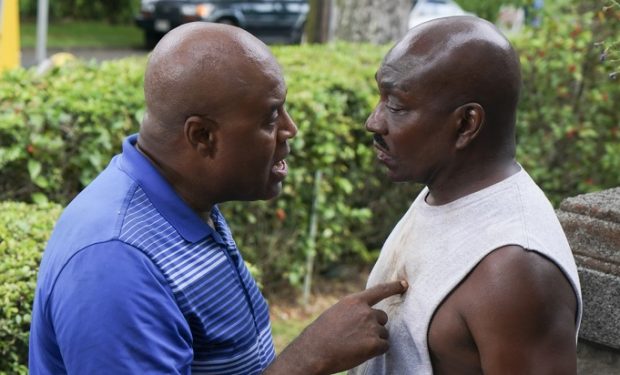 Hawaii Five-0 star Chi McBride who plays Lou Grover on the show wrote the Thanksgiving episode, “Lele pu na manu like (translated Birds of a Feather).” Grover’s parents and his brother are staying with him and his family for the holiday. A sibling rivalry between Lou and his brother Percy Jr. is reignited in the kitchen. The most hilarious scene occurs while Lou is whisking eggs, and he asks his brother what he’s making because it looks like drywall paste. When Percy Jr. explains “it’s quinoa you fat dummy,” Lou calls him “a pretentious ass” and then all hell breaks loose. (Their parents are portrayed by Oscar-winning actor Louis Gossett Jr. (An Officer and a Gentleman) and the legendary R&B singer Gladys Knight.

[Check out Powell as Chauncey in Menace II Society]