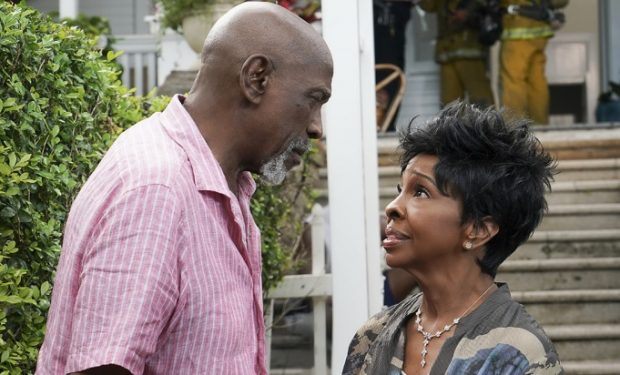 In the Hawaii Five-0 Thanksgiving episode, “Lele pu na manu like (translated Birds of a Feather),” Lou Grover (Chi McBride) welcomes his parents and brother Percy Jr. (Clifton Powell, Ray) to his house for the holiday. His parents still can’t believe the animosity between the brothers, especially when it comes down to cooking in the kitchen. Grover’s father, Percy Sr., is portrayed by 82-year-old Oscar Award-winning actor Louis Gossett Jr. (An Officer and a Gentleman). Lou’s gorgeous mother, Ella Grover, is portrayed by the legendary singer Gladys Knight. Yes, of Gladys Knight and The Pips.

[Gladys Knight played herself in Lee Daniels’ The Butler]

As an actress, the Georgia native singer is best known for her roles on The First Family (Grandma Carolyn), and in the 1976 film Pipe Dreams as Maria Wilson, the leading role for which Knight was nominated for a Golden Globes Award. In 2005, Knight received the BET Lifetime Achievement Award. Hawaii Five-0 airs Fridays at 9 pm on CBS, right after MacGyver and right before Blue Bloods. [Watch It Again: Stream any CBS show through Amazon  Prime or CBS ALL-ACCESS. Both options offer free trials.]