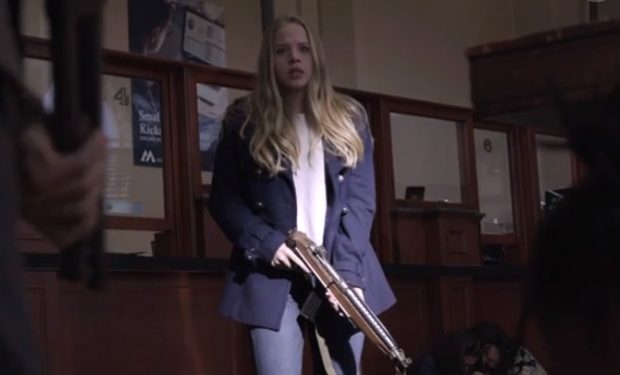 In the S.W.A.T. episode “Inheritance”, a group of criminals are re-enacting the crimes of the infamous Symbionese Liberation Army (SLA) from the 1970s. The copycat criminals have even kidnapped an heiress like Patty Hearst. Lauren Tucker is the daughter of “the richest man on Earth,” according to Hondo (Shemar Moore). In a video, Lauren reads a ransom note which demands that he father pay $50 million for her release.

[Check out Vassilieva as daughter Ariel on Medium]

Lauren Tucker is portrayed by Sofia Vassilieva. She’s best known for her role as Ariel in the TV series Medium with Patricia Arquette. Vassilieva is also recognized for her roles on Supergirl (Olivia), Timeless (Abby Folger Franklin), and in the 2009 film My Sister’s Keeper with Cameron Diaz and Abigail Breslin (Kate) and the 2002 TV movie The Brady Bunch in the White House (Cindy Brady), among others. S.W.A.T. airs Thursdays at 10 pm on CBS, right after Murphy Brown.