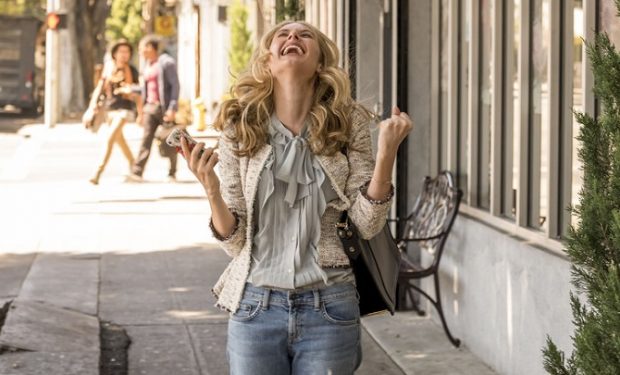 Caitlin Thompson on This Is Us (Ron Batzdorff/NBC)

In the This Is Us Season 3 episode “Sometimes”, in the past, Jack and Rebecca (Mandy Moore) take a road trip to Los Angeles and Jack’s war story continues to be revealed. In the present, we see more of Kate’s (Chrissy Metz) best friend Madison. Madison is the skinny blonde who Kate met in her Overeaters Anonymous group (Madison is bulimic) and was a bridesmaid at Kate and Toby’s (Chris Sullivan) wedding.

[This Is Us: stream Kate & Toby’s wedding episode]

Kevin flirted with “crazy” Madison at the wedding but nothing came of it. This Is Us creator and showrunner Dan Fogelman made a point of not having Madison and heartthrob Kevin sleep together. He tweeted: “…if you thought I was letting her sleep with @justinhartley on national television you’re nuts.” The actress who plays Madison, Caitlin Thompson, is Fogelman’s wife.

Caitlin Thompson is also known for her roles on 90210 (Madison Stewart), Greek (Heather), and in the 2011 film Crazy, Stupid, Love. which Fogelman wrote (as Taylor), among others. This Is Us airs Tuesdays at 9 pm on NBC, right after The Voice and right before New Amsterdam.