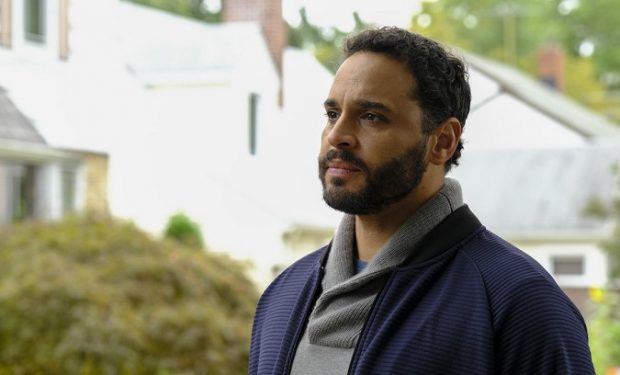 In the Manifest episode “S.N.A.F.U.”, the detained passengers are secretly moved and subjected to painful experimentation. Knowing that Cal Stone’s (Jack Messina) health is directly linked to them, his father Ben Stone (Josh Dallas) is desperate to find them. Ben has an intense conversation with his wife Grace (Athena Karkanis) and her boyfriend Danny, whom she met after finally moving on from Ben being gone for five years. Ben doesn’t understand why Grace can’t let go of Danny now that he’s back.

[Check out Sunjata as Eli on Grey’s Anatomy]

I started Graceland on Friday and I’m already nearly finished with season 2, it’s so good🙈