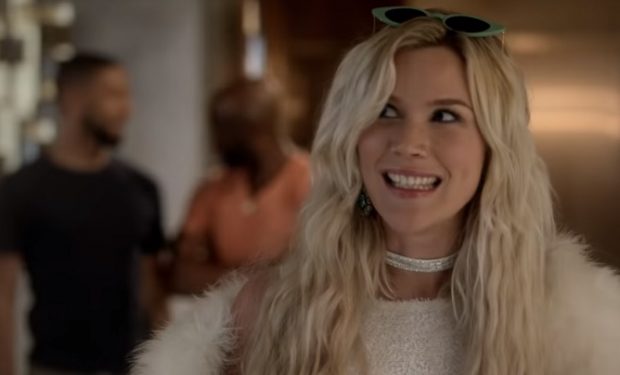 In the Empire episode “Treasons, Stratagems, and Spoils,” Lucious Lyon (Terrence Howard) plays nice with Jeff Kingsley (A.Z. Kelsey) so that their companies can get the girl group TBD back on the map. Meanwhile, Jamal (Jussie Smollett) gets an unexpected visit from his new British singer Wynter. They just had a video conference two days ago but Wynter already feels neglected. When she arrives at Jamal’s house, she rolls her luggage into the living room and asks where she’s going to sleep. She’s determined to finish her album and she insists on doing it in New York.

Wynter is portrayed by Joss Stone. The 31-year-old English singer made her big debut with her multi-platinum album The Soul Sessions (SEE LINK ABOVE).Since then, Joss Stone (born Joscelyn Eve Stoker) has released an additional six studio albums; her last was Water for Your Soul (2015). She has been nominated for five Grammy Awards – she won one for Best R&B Performance by a Duo or Group with Vocals for “Family Affair,” the 2006 cover with John Legend of the Sly and the Family Stone song. This isn’t her first time acting. She played Anne of Cleves in Showtime’s The Tudors in 2009. Empire airs Wednesdays at 8 pm on FOX, right before Star.