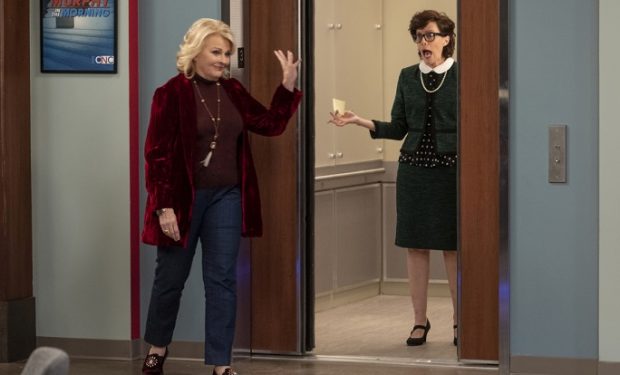 In the Murphy Brown episode “The Coma and the Oxford Comma,” Murphy (Candice Bergen) does her best to land an exclusive interview with Corky’s (Faith Ford) beauty pageant friend Holly Mackin Lynne (guest star Brooke Shields) who just woke up from a 10-year coma after her husband Charles (Stephen Plunkett) allegedly pushed her down a flight of stairs. When not at the hospital trying to jog Holly’s memory about the “accident,” Murphy has a debate with her grammatically correct new secretary Mary Kate (#97).

[Check out Adler as Chaplain Royce on OITNB]