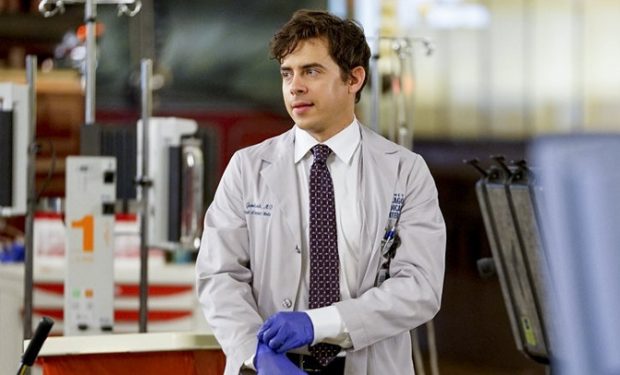 In the Chicago Med episode “The Poison Inside Us,” Gaffney Chicago Medical Center is forced to evacuate when a toxic chemical is brought into the E.D. One of the many to roll up their sleeves is Chief of Trauma Dr. James Lanik, new COO Gwen Garrett’s (Heather Headley) eyes and ears in the E.D. The big question is can they save Dr. Ethan Choi (Brian Tee) who is physically at risk.

[Watch Chicago Med whenever you want]

Chief of Trauma Dr. Lanik is portrayed by actor Nate Santana. The young actor made his big debut in 2016 in the TV series The Exorcist. Since then, he’s appeared on Chicago P.D. (see photo below) and Suits. Chicago Med airs Wednesdays at 8 pm on NBC, right before Chicago Fire.