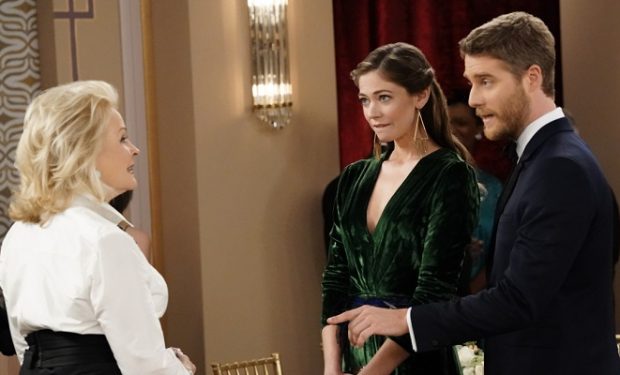 In the Murphy Brown episode “A Lifetime of Achievement”, Murphy (Candice Bergen) and the Mornings with Murphy gang celebrate the career of Jim Dial (Charles Kimbrough) at a big fancy event hosted by Katie Couric, who plays herself. Murphy’s son Avery (Jake McDorman) also attends the black-tie event and brings a date. Her name is Lauren McCoy, and when Avery introduces her to his mother, he runs down her impressive resume which includes Princeton and the Smithsonian. They really bond when Lauren reveals that Ruth Bader Ginsberg (AKA Notorious RBG) is her favorite Supreme Court Justice. 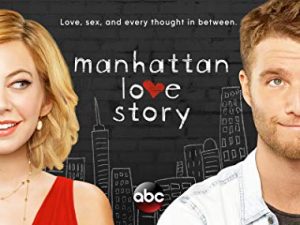 [Check out McDorman and Tipton in Manhattan Love Story]

Avery’s date Lauren McCoy is portrayed by Analeigh Tipton. She played Jake McDormand’s girlfriend in the ABC comedy Manhattan Love Story in 2014. She’s also known for her role as Sandee in the 2011 TV series Hung, and in the films Crazy, Stupid, Love. (Jessica) and The Green Hornet (Ana Lee), among others. Murphy Brown airs Thursdays at 9:30 pm on CBS, right after Mom and right before S.W.A.T.