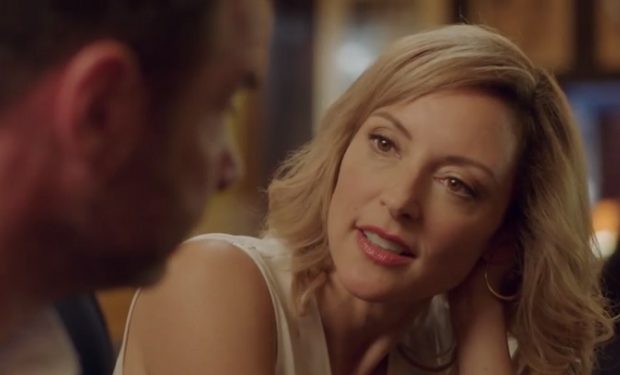 In the Ray Donovan episode “He Be Tight. He Be Mean,” while Darryl (Pooch Hall) struggles with his leading man on the set of Mr. Lucky, Ray (Liev Schreiber) is officially back working for Sam (Susan Sarandon). With her political candidate, New York City lawyer Anita Novak, behind in the polls, they have to make a big splash at the first mayoral debate. It’s a sensitive situation, to say the least.

[Check out Glaudini in Blow with Johnny Depp and Penelope Cruz]

Anita Novak is portrayed by Lola Glaudini. The native New Yorker is known for her roles on Agents of S.H.I.E.L.D. (Polly Hinton), The Expanse (Captain Shaddid), Revenge (Susan Luke), Persons Unknown (Kat Damatto), Criminal Minds (Elle Greenaway), The Handler (Heather), The Sopranos (Agent Deborah Ciccerone-Waldrup), and NYPD Blue (Dolores Mayo), among others. Glaudini will appear next on the big screen in the film She’s in Portland with Minka Kelly and Francois Arnaud. Ray Donovan airs Sundays at 9 pm on Showtime (Showtime streams free with Amazon Prime).

While working, for a moment, we were able to close our minds to what our fascist government is doing to children & families. And then reality slaps you up again … #familiesbelongtogether #thisisamerica @raicestexas @pueblosinfronteras @together.rising Call your reps! Demand this stops! @susansarandon ❤️