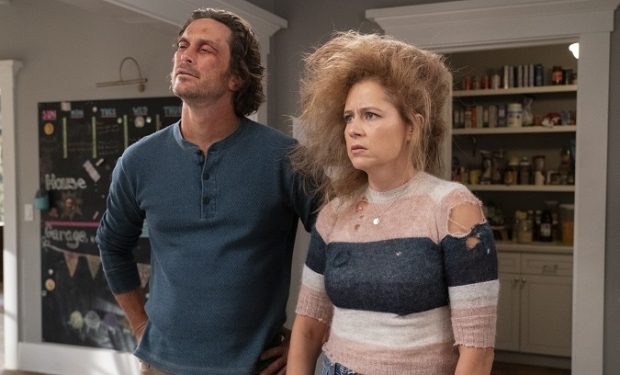 In the Splitting Up Together episode “War of the Wagners,” Lena (Jenna Fischer) and Martin Wagner’s (Oliver Hudson) battle for control of the house is escalating. When they both meet a contractor for the house, a very tall Russian man named Vlad, Lena undermines him and scares Vlad away. Then things get really ugly.

[Check out Ronin with Keri Russell in The Americans]

Russian Contractor Vlad on Splitting Up Together is portrayed by actor Costa Ronin. The 6’4” tall Russian-born actor is best known for his roles on The Americans (KGB agent Oleg Burov, SEE LINK ABOVE), and Homeland (Yevgeny Gromov). Ronin will appear next on the big screen in the 2019 Quentin Tarantino film Once Upon a Time in Hollywood with Leonardo DiCaprio, Brad Pitt, Kurt Russell, Al Pacino, and Margot Robbie among other A-listers. Splitting Up Together airs Tuesdays at 9:30 pm on ABC, right after black-ish and right before The Rookie.