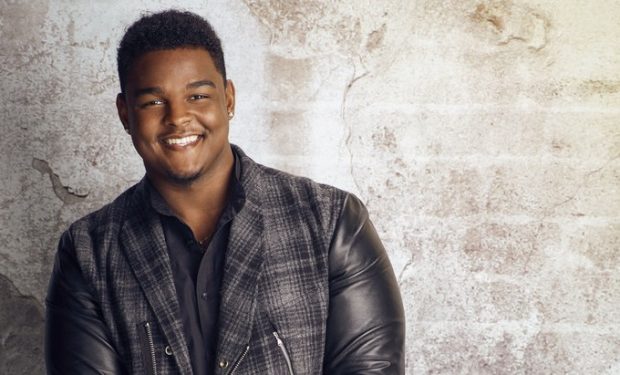 DeAndre Nico is the 22-year-old powerhouse from Texas who’s made it to the Top 24 of Season 15 of The Voice. He’s not just competing for himself but he’s also competing for his family who lost everything including their home after Hurricane Harvey. For his Blind Audition DeAndre wowed everyone (including his coach Adam Levine) when he sang the Bruno Mars song “When I Was Your Man.” (SEE LINK BELOW) Most recently DeAndre sang the Hunter Hayes ballad “Wanted” for his Knockout Round during which Jennifer Hudson threw her notebook at him on stage (in admiration). Video below.

DeAndre talks about his and his family’s struggle after the devastating hurricane on The Voice and when talking to the press. He says, “We were in the house for two days with no food, no electricity, no water. I thought we were really gonna die in the house.” DeAndre’s mother, Johnna Nico, who homeschooled DeAndre until high school said her son “Never did the normal things like other kids” and says the sacrifice he has made to focus on his craft, his music, “has definitely paid off.” The Voice airs Mondays and Tuesdays at 8 pm on NBC.