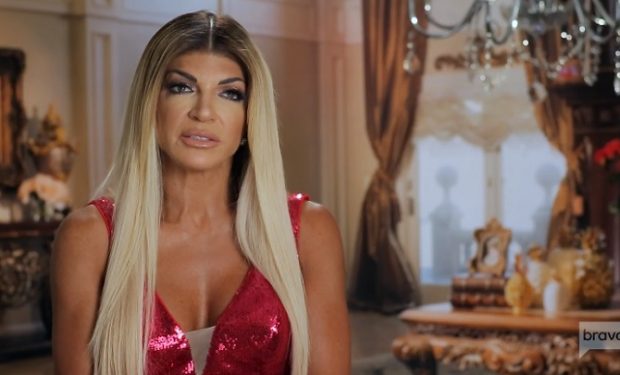 In The Real Housewives of New Jersey episode, “Easter Egg Wives Hunt,” it’s Easter Sunday and what better day to reignite a family feud? Teresa Giudice hosts Easter dinner at her house. Her father, Giacinto Gorga, has helped himself to a few glasses of wine before Teresa’s brother Joe Gorga, his wife Melissa Gorga, and their kids arrive. When they walk into the kitchen, Teresa warns them, “Dad is a little toasted.”

When Joe comes over to greet his father, Giacinto says, “You never calling me no more.” Joe smiles and admits he didn’t call him this week, “it was a busy week,” to which his father says, “—- you.” Teresa criticizes her brother for laughing their father off. “Daddy’s trying to tell you he wants to see you and you’re just gonna laugh it off?” she says. Giacinto also accuses Melissa of not calling him. He reminds her that it’s been two weeks since they saw each other. “Shame!” he keeps yelling. Melissa nervously laughs too. The Real Housewives of New Jersey airs Wednesdays at 9 pm on Bravo.