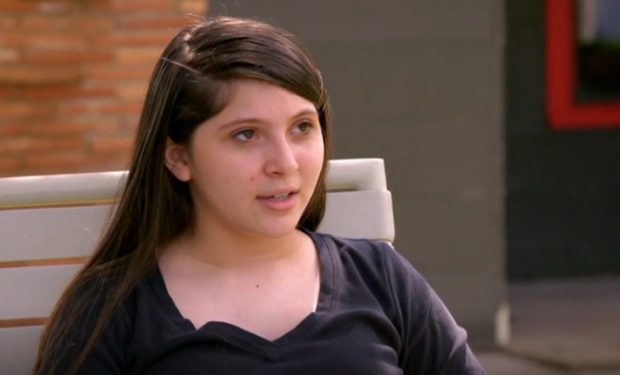 On the Teen Mom: Young + Pregnant episode “The High Road,” Ashley takes the high road and invites Bar’s mom Shen over to make peace. Meanwhile Lexi gets an earful from her mother Amber about Kyler’s ultimatum, and Brianna Jaramillo clashes with her mom Jessica.

In this episode, while Brianna’s boyfriend Robert looks for a job, Brianna spends the day with her son Braeson and her mom. Brianna tells her mom that since moving to Oregon she’s applied for health insurance, child care, and benefits including Food Share. The application wasn’t that complicated when it came to information regarding Braeson’s father because all she has is his name and that he’s from Chicago. She doesn’t even have an address.

[Braeson has a Packers pacifier in his mouth in this episode]

Jessica asks her daughter if she intends to “go after him for child support.” Brianna says no, “that’s not my job” and brings up her own father who still runs away from paying child support. Jessica admits that her father is “a loser” but hasn’t given up on Braeson’s father. Jessica thinks maybe now, after a year has past, maybe now Braeson’s father would be more open to the idea — but Brianna cuts off her mother and reiterates, “That’s not my job, mom.” Brianna adds, “He chose to run from this.” Jessica perseveres and suggests that they try to track down his parents since he was underage at the time. While Brianna says his parents do have a right to know, again she says, “that’s not my job.” Teen Mom: Young + Pregnant airs Mondays at 10 pm on MTV, right after Teen Mom OG.