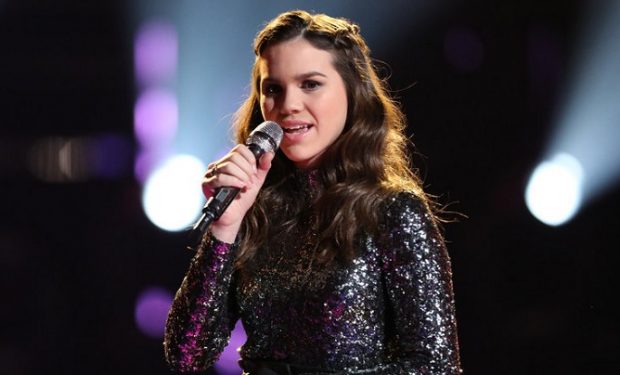 At 14, Reagan Strange is one of the youngest artists who’s made it to the Top 13 on Season 15 of The Voice. There are five singers under the age of 18, and they’re all girls. The other four are: 13-year-old Kennedy Holmes on Jennifer Hudson’s team and Clevel Shepherd, 16, and Sarah Grace, 15, on Kelly Clarkson’s team. Strange, who’s working with coach Adam Levine, says being a minor on the show is an advantage. Well, there are two big advantages. Teens get out of practice earlier than the adults. “I’m able to go to bed earlier,” Strange told her local newspaper. And she gets one day off a week unlike the adults.

Strange also has her mother, Amanda Kucinski, by her side 90 percent of the day. Kucinski makes sure that Reagan drinks eight bottles of water every day and that she takes her vitamin C. She also revealed Reagan’s third big advantage: her mom gives her a back rub every morning. Kucinski says: “I know it sounds silly, but it makes her (Reagan) feel important. It makes her feel valued … It makes her respond in a more positive manner.” The Voice airs Mondays and Tuesdays at 8 pm on NBC.