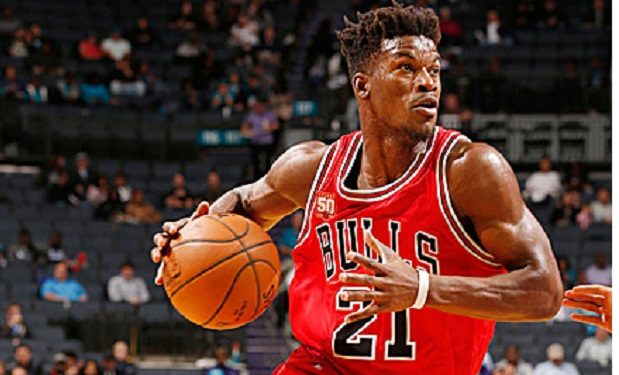 With the Toronto Raptors looking like the class of the Eastern Conference early in 2018-19, having secured the services of two-way sensation Kawhi Leonard during the off-season, “The Process” continues in Philadelphia with Jimmy Butler coming to town.

The Sixers are running high on young talent, most notably Ben Simmons and Joel Embiid, but adding Butler has people putting the Sixers on equal footing with the Raptors. Is that legit? (Note: the Celtics are another story, and could easily surge to topple both these teams as the Beast of the East as the season goes on.)

With Butler having been in the Eastern Conference most of his career and Leonard being a Western Conference guy, the two have met infrequently. Obviously the circumstances now are vastly altered, but here are some interesting notes courtesy of the hoops data cynosure Basketball-Reference.com. Butler and Leonard have faced off eight times, with Leonard averaging 22.6 points and Butler 15.4 in those matchups. Leonard’s edge is expected as he averaged 16 shot attempts in those games, whereas Butler took just 11 shots per game. A big difference has been the the field goal percentage (FG%): Leonard has shot .535 in games against Butler, who has shot .437 against Leonard. (Leonard started all eight games; Butler only six of them.) Butler edged Leonard in steals, 1.8 to 1.4 despite trailing in minutes played by a slim 2.5 minutes. The last time they faced off was 10/24/18 when Leonard rolled to 35 points with Butler notching 23 points. Again it’s notable that Leonard took ten more field goal attempts. Leonard edges Butler in head-to-head wins, 5-3.