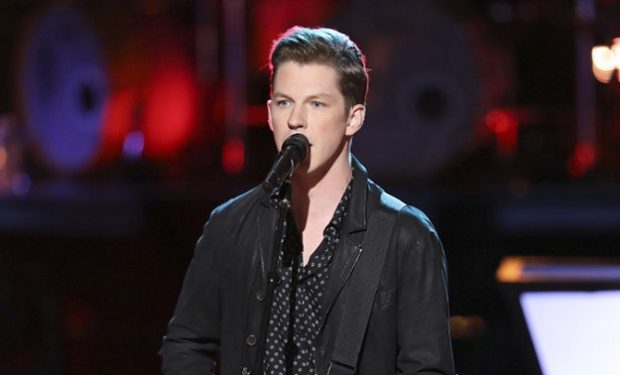 On Round 3 of The Knockouts on The Voice, Blake Shelton pits two of his male singers against each other — Chris Kroeze, the 27-year-old from Barron, Wisconsin, and Michael Lee, the 30-year-old from Fort Worth, Texas. Chris plays a pretty, acoustic version of Cam’s “Burning House” which has his competitor Michael Lee and Kelly Clarkson swaying and singing along. But the song sounds sleepy compared to Michael Lee’s rocking version of The Allman Brother’s “Whipping Post” which gets both Clarkson and Jennifer Hudson on their feet in admiration.

According to Michael’s bio on The Voice, “the rocker lifestyle was proving to be too much and Michael hit a low point, but his wife turned everything around for him.” His wife’s name is Michelle Clemmer and she recently posted of photo of Michael with long hair — it’s as long as hers! — see cute couple photo below. Michael cut his hair before they got married in May 2018. The Voice airs Mondays and Tuesdays at 8 pm on NBC. [Related: The Voice: Why Blake Shelton Looks Sad During “God Gave Me You” Song]

#flashbackfriday to when @michaelleefw and I had the same length hair! 💇‍♀️❤️💇‍♂️#lovemyhubby