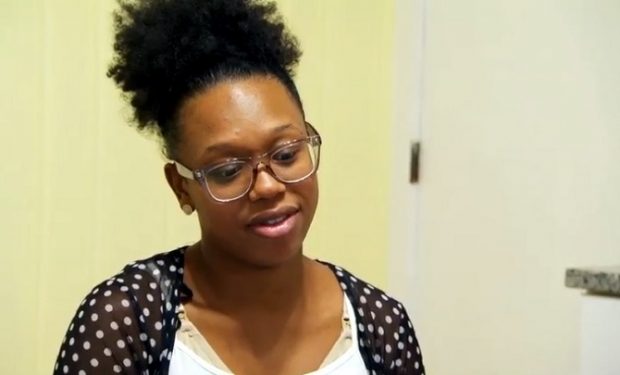 Shawniece on MAFS Happily Ever After (Lifetime/Kinetic)

On the Married at First Sight: Happily Ever After episode “Change For the Better,” the three expectant Married at First Sight couples are asked to address their good habits and their bad habits before their babies come. While Anthony and Ashley and Danielle and Bobby want to keep date nights (a good habit), Shawniece and Jephte (whose 11-month marriage hasn’t been smooth) focus not on romance but physical health. Shawniece says they need to eat better and exercise more, and communicate better. Shawniece says she wants to stop “shutting down” when it comes to communicating, and Jephte agrees.

To help reach their goals, Shawniece suggests using a bad habit jar, so every time they mess up they put a dollar in it. Jephte agrees but when it comes time to writing down their bad habits on the jar/box, Shawniece says “I’ll write it later,” she doesn’t want to do it right now. Jephte says he’ll write them down “because you want to play games right now.” When she protests, he says, “Look how nice your handwriting is!” She says “It’s going to take me too long.” When he says “This is you shutting down, give me a dollar” she refuses and denies that she’s shutting down. “Maybe it’s being a brat but it’s not shutting down.”