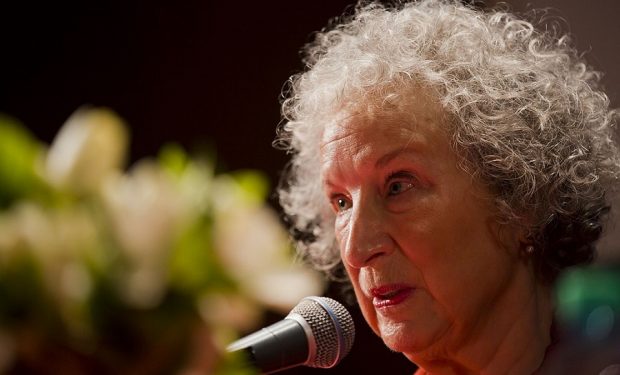 Margaret Atwood stood tall in the world of literary culture for decades before the dynamic production of her 1985 novel The Handmaid’s Tale thrust her and her dystopian story to the forefront of popular culture. The big differences between popular culture and literary culture, as any author who has had the rare experience of crossing over will tell, are money and size of audience. While the novel was well-received and has had a lasting readership, the arrival of the Hulu show based on the novel delivered a staggering multiplier in fame and popularity.

So it’s no surprise that this newly exerted force has worked its power on author Atwood, who just revealed that 34 years after the publication of the original The Handmaid’s Tale a sequel will be published in 2019. The new story is to be called The Testaments. Atwood says it will be narrated by three female characters. Even Atwood apparently thinks 34 years is a long time. The new book takes place just 15 years after the conclusion of the action in the first novel.

Yes indeed to those who asked: I’m writing a sequel to The #HandmaidsTale. #TheTestaments is set 15 years after Offred’s final scene and is narrated by three female characters. It will be published in Sept 2019. More details: https://t.co/e1umh5FwpX pic.twitter.com/pePp0zpuif