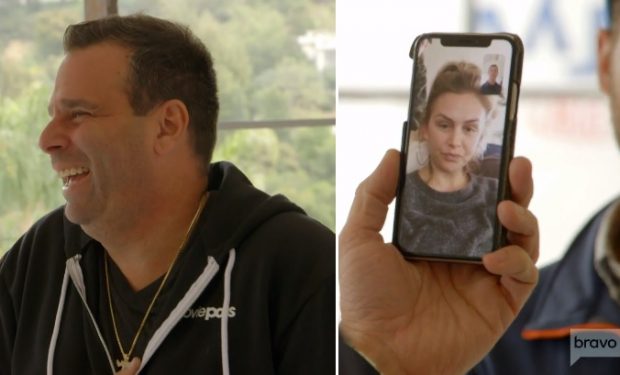 Randall and Lala on Flipping Out (Bravo)

In the Flipping Out episode “Destructive Criticism,” Jeff Lewis of Jeff Lewis Design meets with his new client Randall Emmett. The Hollywood TV and movie producer is dating Bravo’s Vanderpump Rules star Lala Kent, who turns out is making all of the design decisions for their new home. Lewis is no fool, when he figures that out, he focuses on pleasing Lala. When Lewis tells Lala that he wants to use marble baseboards in all the bathrooms, she exclaims, “I love that!” Lewis then turns to Emmett and says, “We’re going to need a little more money.”

[Lala starred in The Row, produced by Emmett]

Randall Emmett started his career in Hollywood as a personal assistant for Mark Wahlberg. Since then, Emmett has launched his own production company and has produced 50 Cent’s TV series Power, and films including Amityville: The Awakening, Gotti starring John Travolta as the infamous mafia boss, and Reprisal starring Bruce Willis. Flipping Out airs Tuesdays at 10 pm on Bravo.