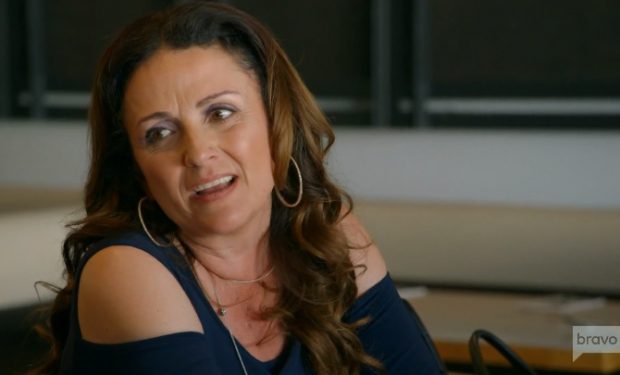 Jenni Pulos on the season finale of Flipping Out (Bravo)

On the Season 11 finale of Flipping Out, interior designer and professional house flipper Jeff Lewis and his longtime assistant Jenni Pulos don’t just butt heads over a light fixture, they have the biggest fight of their friendship. Insiders know that since the taping of the episode, Lewis has fired Pulos, godmother of his child. On the finale, Jenni talks about how two years ago she met with NBC honchos and turned down maybe 20 offers. She’s interrupted by Lewis who says he’s not buying into the idea that her job with Jeff Lewis Design is holding her back from pursuing a career as an actress. “You’ve always minimized my acting. It’s what you love to do, and I’m over it,” she says. Lewis says, “You’ve been in every room in L.A., and I’m wondering why nothing has stuck.” Pulos says she’s going to continue to hustle, “It doesn’t always happen overnight.”

[Watch Jenni Pulos in this episode of Monk]

If you didn’t know about Pulos’ acting career, she’s been an actress for 26 years. She’s been in 36 different productions and made her debut in the 1993 movie Come the Morning (as a Bel-Air maid). Over the years she’s appeared in episodes of Monk (SEE LINK ABOVE), Charmed, Girlfriends, and The Young and the Restless, among others, and in films including The Bachelor with Chris O’Donnell and Rene Zellweger (Pulos was the Big Hair Bride!). Her most recent role was as Tasha in the 2016 film Manhattan Minutiae. Flipping Out airs Tuesdays at 10 pm on Bravo.