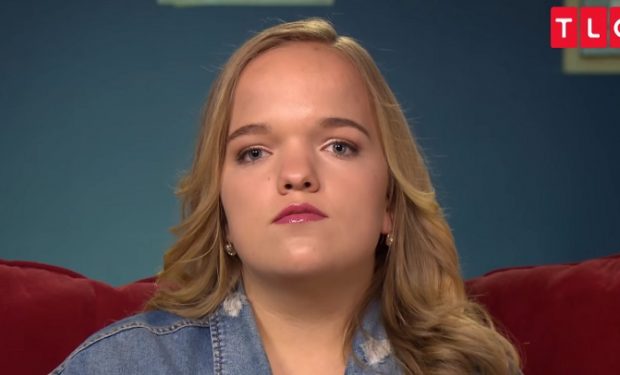 In the 7 Little Johnstons episode “Love Stings,” 16-year-old Elizabeth is heartbroken after her boyfriend of two years, James, broke up with her. He sent her a text to tell her he wanted to end their relationship. To make matters worse, Elizabeth sees photos of James with another girl soon after. To help keep herself distracted, Elizabeth goes up to the attic and paints. On a giant canvas, she paints a serene beach at sunset. Elizabeth says the project is designed to help her “deal with the rage and stuff.”

In the video below, Elizabeth admits that her parents, Trent and Amber Johnston, think she and James dated for just four months. Besides fibbing to her parents, Elizabeth seems very honest on camera about the hurt that she’s enduring. She’s a very mature teenager! 7 Little Johnstons airs Tuesdays at 8 pm on TLC.