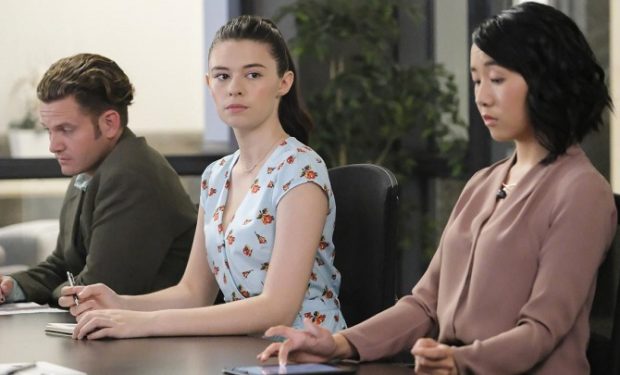 In the Season 4 premiere of Supergirl, “American Alien,” James (Mehcad Brooks) and Lena (Katie McGrath) argue about James’ impending indictment for acting as the vigilante Guardian. Meanwhile Kara (Melissa Benoist) dives back into reporting. At CatCo, she welcomes new cub reporter, Nia Nal, who (it will be later revealed) is really the superheroine Dreamer, who is transgender.

[Binge all of Supergirl Season 3 — catch up!]

Dreamer and Cub reporter Nia Nal is portrayed by Nicole Amber Maines. This is her first recurring role on a TV series. Maines made her acting debut in a 2015 episode of Royal Pains, when Hank (Mark Feuerstein) treats transgender teenager Anna (played by Maines). You can see Maines next in the documentary Not Your Skin, which illustrates the personal and social struggles transgender people face around the world. In 2014, Maines successfully sued her school district in Bangor, Maine when it denied her access to the girls’ restroom at her high school. It was a seven-year legal battle. Supergirl airs Sundays at 8pm on CW.

Bye, LA! Thanks for a wonderful weekend, I was so happy to get to see some of my favorite people and I can’t wait to come back. 💚