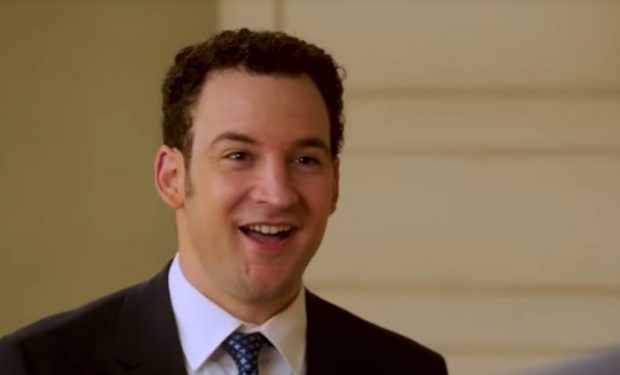 In the Season 3 premiere episode of Speechless, the DiMeos are still homeless. While staying at Kenneth’s (Cedric Yarbrough), they discover that their home is for sale again. Maya (Minnie Driver) tells the realtor at her (old) home, that she’ll find a way to get the money. She’s so desperate to buy the house again that she and the whole family fly to London to ask her estranged father Martin (comedy legend John Cleese) for a loan.

The realtor is portrayed by Ben Savage. The younger brother of actor/director Fred Savage (The Wonder Years), Ben is known for his roles on Still the King (Gene), Girl Meets World (Cory Matthews), Wild Palms (Coty Wyckoff), A Family for Joe (Chris Bankston), and Dear John (Matthew Lacey), among others. Fun fact: Ben made his acting debut in the 1989 movie Little Monsters starring Fred Savage and Howie Mandel — see link above. Speechless airs Fridays at 8:30 pm on ABC, right after Fresh off the Boat and right before Five to Survive.