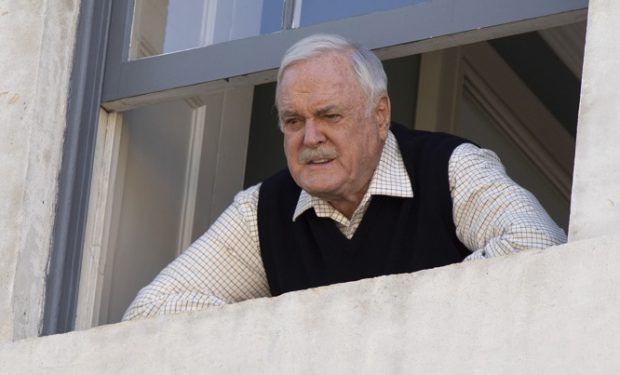 In the Season 3 premiere episode of Speechless, the DiMeos wake up on their front yard. The house has been sold and they’re living on the street. Kenneth (Cedric Yarbrough) lets them stay with him but after a month passes, something’s got to change. When the DiMeos see that their house is for sale again, Maya (Minnie Driver) comes up a plan to buy the house back. She hasn’t spoken to her father Martin and his awful wife (guest star Liz Robertson) for 20 years — but she’s she desperate so she and the family fly to London, where she plans to ask him for a loan.

[If you haven’t seen A Fish Called Wanda, you should]

Maya’s father Martin is portrayed by comedy legend John Cleese. The 6’5” tall comedic actor is known for roles on the Monty Python TV series and films including Fawlty Towers and Monty Python and the Holy Grail.

[The Collector’s Edition — on Amazon]

Americans recognize Cleese from Will & Grace (Lyle Finster) and the 1988 film A Fish Called Wanda (for which he was nominated for an Oscar for Best Writing), among others. Speechless airs Fridays at 8:30 pm on ABC, right after Fresh off the Boat and right before Five to Survive.