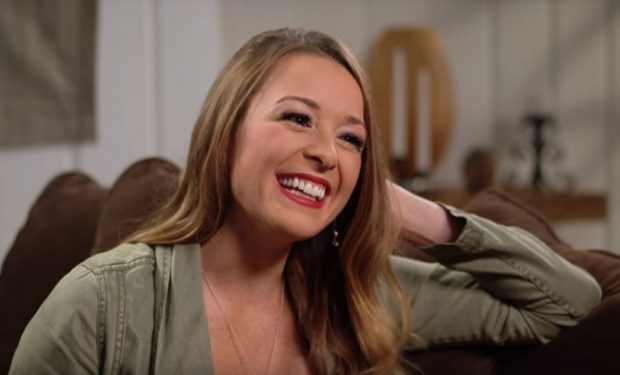 On the Married at First Sight episode “Unfiltered: Resolving Conflict,” host Jamie Otis sits down with Dave and Bobby. Together they talk about how their field day brought both the good and bad aspects of their marriages to the surface. Jamie Otis knows what she’s talking about. After competing on Season 16 of The Bachelor (Ben Flajnik), she participated in the first season of Married at First Sight, where she married Doug Hehner.

In March 2018, Jamie and Doug celebrated their fourth wedding anniversary. On their fourth anniversary, Jamie wrote on social media: “We decided to give our marriage at least a full 6 months before calling it quits though … during that time we grew so close & ended up consummating our marriage😍 – but that wasn’t before we built a foundation of trust, respect, and loyalty.” In 2017, Jamie and Doug became parents; they have a one-year-old daughter Henley Grace. Jamie, a registered nurse, is also an author (see link above). Married at First Sight: Unfiltered airs Tuesdays at 8:30pm on Lifetime, right before the new episode of Season 7, “Down to the Wire.”

WE CHOSE TO STAY MARRIED!🎉👰🏼💞 • 4 years ago today our #marriedatfirstsight experiment ended & we chose each other!💗💏💞 But I think my hubby knew from day one – our wedding day👰🏼 – that he’d win my heart!😉 Just look at him in that second pic!😂😍 • But to be completely honest, I remember going into our decision day still 50/50 – I wasn’t in love & I didn’t want to pretend to be just because we were on tv.🤷🏻‍♀️ I was terrified of falling in love – True love is such a vulnerable thing.💗 • We decided to give our marriage at least a full 6 months before calling it quits though … during that time we grew so close & ended up consummating our marriage😍 – but that wasn’t before we built a foundation of trust, respect, and loyalty.💞 { @doughehner was SO PATIENT with me. #saint 😇😂 } • Looking at our sweet girl now i know God, the universe and all the stars above had always had a plan.💫 I look at our daughter & I know in my heart we were meant to be together.✨ • Ok, now I’m just rambling on, but I can’t believe our F I V E year wedding anniversary is coming up in March!!! What should we do?! Every 5 years I wanna celebrate in a big way!💃🏻🎉💗 If you have any good ideas please share with me bc I really wanna make it special!🌟💏👰🏼💘 • #MAFS #OG #4yearanniversary #westilldo #andalwayswill #marriedlife #hubby #truelove #love #marriage #tbt #throwback #throwbackthursday #throwbackthursdays #throwitback #mylove #myman #hubbahubba #myeverything #mybabydaddy #4years #married 😍