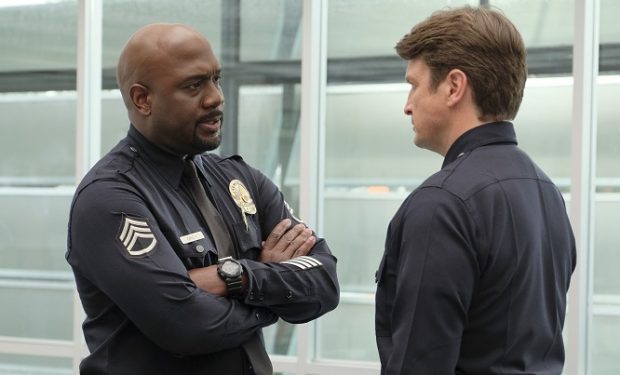 The new ABC series The Rookie stars Nathan Fillion as rookie cop John Nolan. After a near-death experience, Nolan is pursuing his dream of being a police officer. He’s the oldest rookie on the LAPD force which has his boss, Sgt. Wade Grey, wondering if Nolan isn’t just having a mid-life crisis. “I hate what you represent,” Grey tells Nolan. Grey is worried that Nolan is going to get someone killed on the job.

[Check out Jones in Tyler Perry’s Why Did I Get Married Too?]