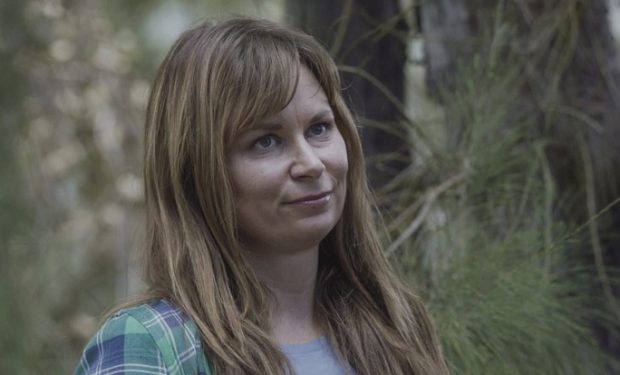 In the Hawaii Five-0 episode “A’ohe mea ‘imi a ka maka (Nothing More for the Eyes to Search For),” it’s Halloween. Jerry (Jorge Garcia) and his friends search his childhood camp for evidence to a murder he witnessed as a boy. One of his friends is Crystal.

[Rajskub is best known as Chloe on 24 with Kiefer Sutherland]