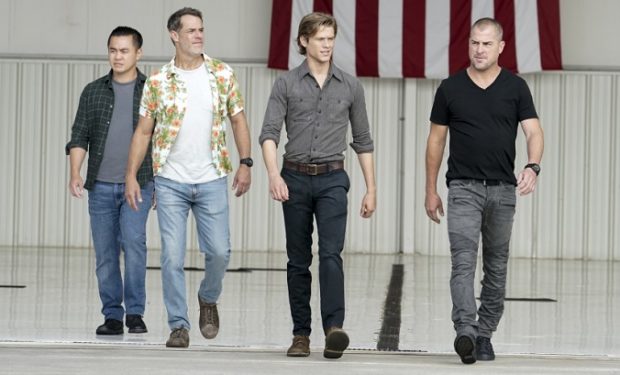 In the MacGyver episode “Bravo Lead + Loyalty + Friendship,” Jack (George Eads) gets a disturbing call from one of his old Delta Force buddies. He’s been falsely accused of terrorism in a foreign country. Jack tells Mac, “A man who saved my life is about to lose his.” So Jack recruits the rest of his old Delta Force team and stages an unsanctioned rescue op. They’re going to need every MacGyver (Lucas Till) trick in the book to survive.  One of Jack’s old Delta Force teammates is Paul “Deacon” Hern.

[Check out Stamberg on Parenthood]