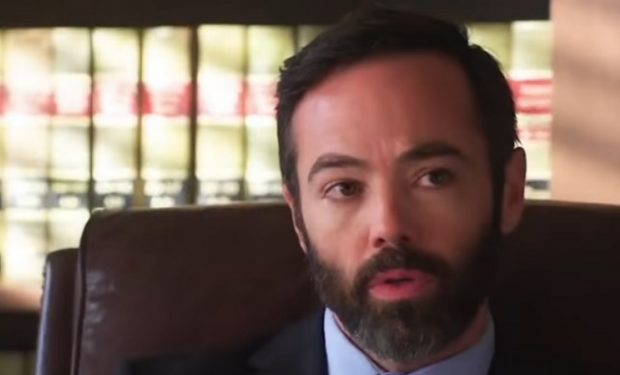 John Hensley, How To Get Away with Murder, ABC

In the How to Get Away with Murder episode “The Baby Was Never Dead,” Annalise (Viola Davis) and Emmett (Oscar winner Timothy Hutton) defend a wealthy CEO accused of killing his business partner. But that’s not the only thing she’s worried about. The governor is intent on putting her new caseload and legal clinic in jeopardy, which prompts her to have a clandestine meeting with interim District Attorney Donald Miller.

[Check out Hensley as McNamara on Nip/Tuck]

D.A. Miller is portrayed by actor John Hensley. He’s known for his roles on Nip/Tuck (Matt McNamara), Witchblade (Gabriel Bowman), and Madigan Men (Luke Madigan), among others. How to Get Away with Murder airs Thursdays at 10pm on ABC, right after the Grey’s Anatomy Station 19 crossover.

If they had to get a white guy to play Michael Jackson, how did they overlook John Hensley??? pic.twitter.com/qghU49AR5Y