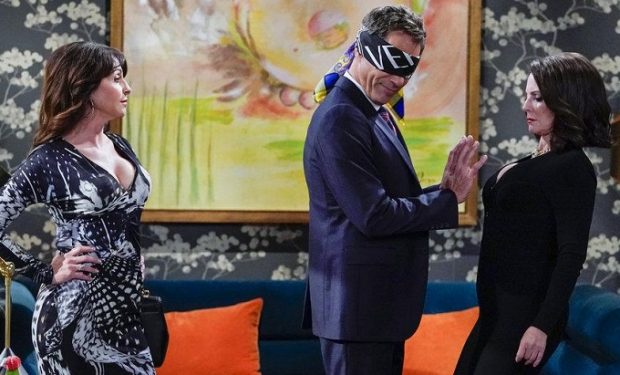 On Season 2 of Will & Grace, “The West Side Curmudgeon,” Grace (Debra Messing) runs into Noah (guest star David Schwimmer), a curmudgeon she follows on Twitter. Meanwhile, Jack (Sean Hayes) meets Estefan’s (Brian Jordan Alvarez) family on Skype, and Will (Eric McCormack) helps Karen (Megan Mullaly) protect the intellectual property of her most prized possession — her boobs. Karen was stunned and upset to see a woman walking down Madison Avenue with her same boobs. As a lawyer, Will takes the potential IP matter literally into his own hands as seen in the photo above. 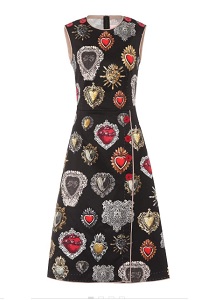 The woman with Karen’s boobs, Francie, is portrayed by Sandra Purpuro. She’s known for her roles on Powerless with Vanessa Hudgens (Gail), Switched at Birth (Anita), Days of Our Lives (D.A. Beverly Jenkins), The Young and the Restless (Brenda), and Oz (Tobias Beecher’s attorney Katherine McClain), among others. Will & Grace airs Thursdays at 9pm on NBC. [Related: Who Is Jack’s New Boyfriend Estefan Gloria on ‘Will & Grace’?]